Meaning ‘chapel of the boundary / end’, Capel-y-ffin is a place that evokes a sense of mystery. Standing at the head of the secluded Vale of Ewyas (close to the borders with Monmouthshire and Herefordshire), this hidden Welsh hamlet has for over a century attracted monks, artists and walkers alike. Curious to experience for ourselves the allure of Capel-y-ffin, we decided to go for a walk that would enable us to enjoy the scenery around the hamlet as well as the moorland plateaux that envelop it. 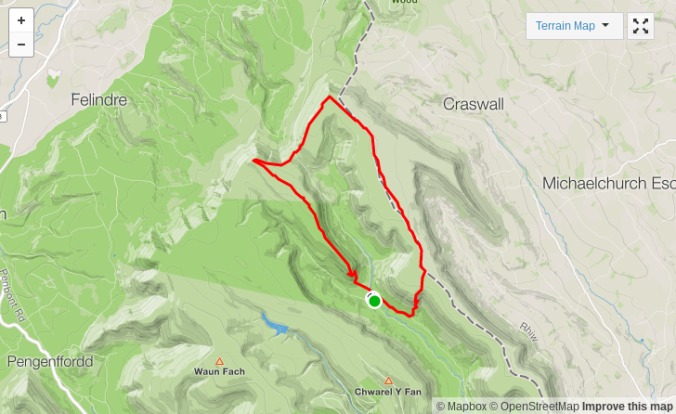 A GPX file of the walk can be downloaded from https://www.strava.com/activities/1010599678

After being (mis)guided by our sat-nav and spending what seemed like hours driving down one impassable dirt track after another (and thankfully being directed the correct way by a helpful farmer), we eventually arrived in Capel-y-ffin after a 2.5-hour drive from Stroud. The weather was perfect (i.e. bright, warm and dry) when we arrived; that said, we knew we only had a four-hour window to complete our 10.4-mile circular walk, as heavy rain was forecast at 6pm. Having found a parking spot by the roadside, we hastily threw on our backpacks, put on our walking shoes, and began our walk. We followed a trail that took us past the distinctive-looking St Mary’s Church, and then a second, Victorian (Baptist), chapel. Both buildings looked inviting, but as we were a little pressed for time, we decided to press on, and drop by the churches if we had time at the end of our walk. 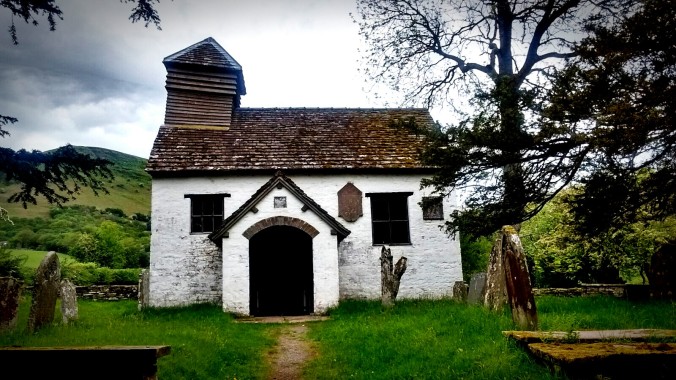 Soon, we left the sheltered valley floor behind, following the Offa’s Dyke Path and making our way up a steep (initially wooded) hillside. After a mile of steep ascent, we reached the top; a moorland plateau spread before our eyes.

Up on the plateau, the vista opened up completely. We followed the well-trodden Offa’s Dyke Path northwest for 3.5 miles to reach Hay Bluff‘s trig point (2221ft). It was an easy trek on the broad, level ridge-top, and we were rewarded with the most superb view looking out across the Midlands. The wild Welsh mountain ponies roaming around on either side of the path added to the uniqueness of the experience. 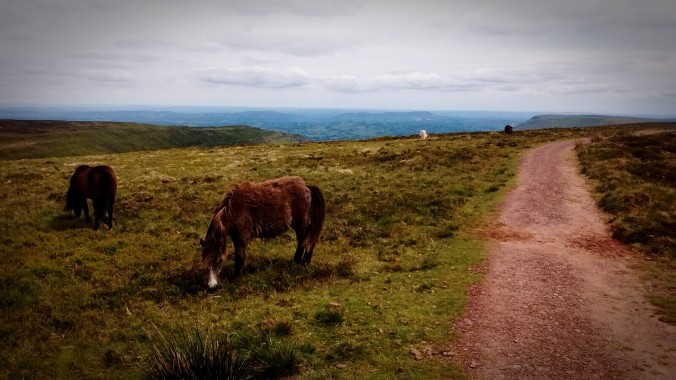 Once we reached the trig point, we turned southwest to descend to Gospel Pass, followed by an energetic ascent back up to the wonderfully-named Lord Hereford’s Knob (2260ft) on the other side. 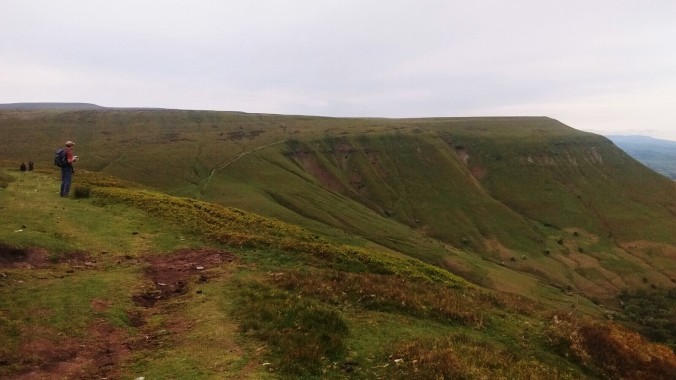 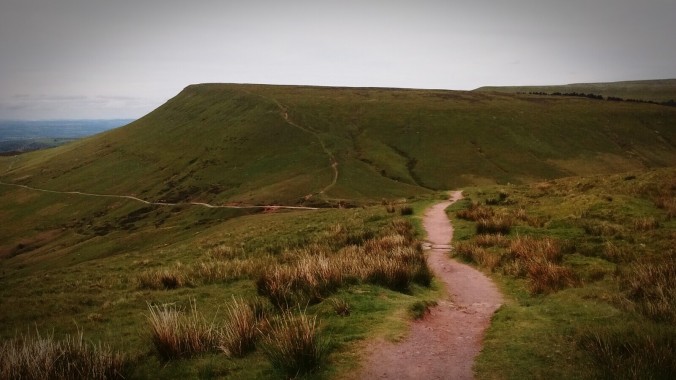 Reaching Lord Hereford’s Knob, we paused briefly to drink in the amazing views across to Hay-on-Wye to the north, before making the 3.5-mile trek southeast along the ridge, back to Capel-y-ffin. After 2.5 miles, we were greeted with justifiably the most amazing view of the entire walk, as the Darren Lywd spur dropped sharply to dramatically reveal Capel-y-ffin in its full glory, as if the valley had finally decided to proclaim to the world its hidden secret. 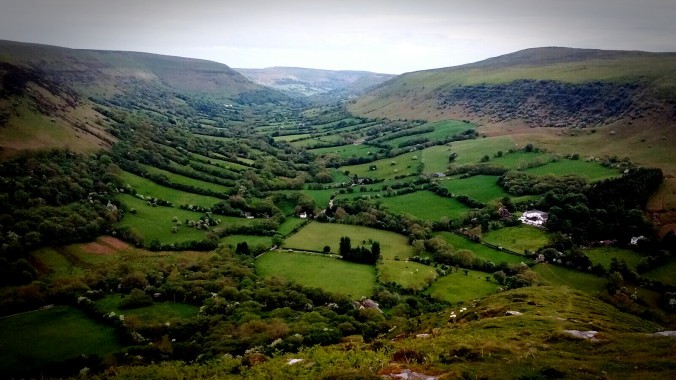 Capel-y-ffin in its full glory

The steep descent that followed was hard-going. Despite taking a wrong turn at one point, we made it back to the starting point before the first drop of rain and, more importantly, ahead of schedule. This gave us enough time to pay a quick visit to St Mary’s Church. It was absolutely tiny and profoundly atmospheric; the words etched on the window pane behind the altar – against the backdrop of the hill – were particularly memorable (and no doubt uplifting for some), as this photo shows: 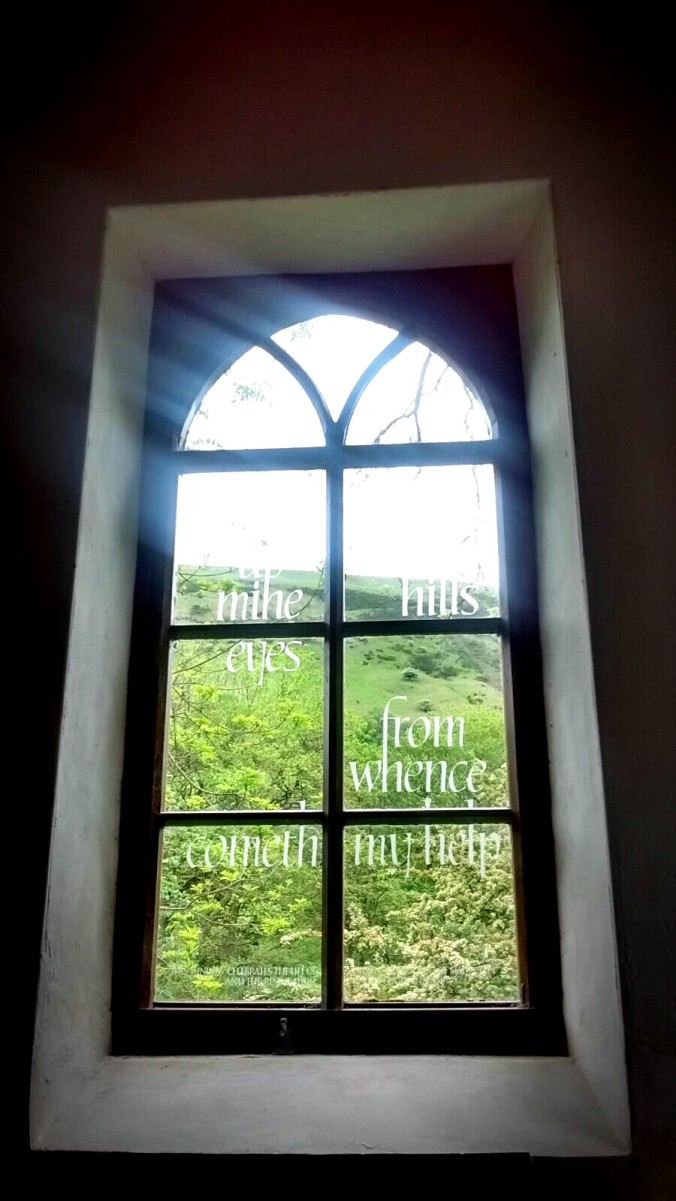 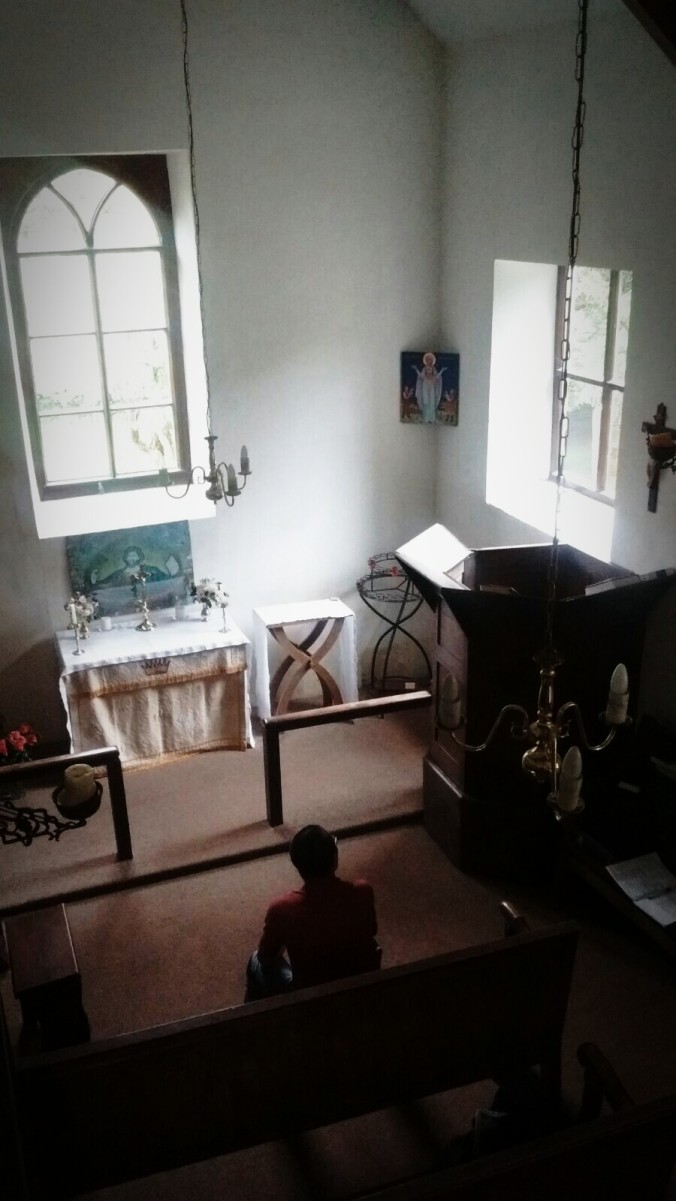 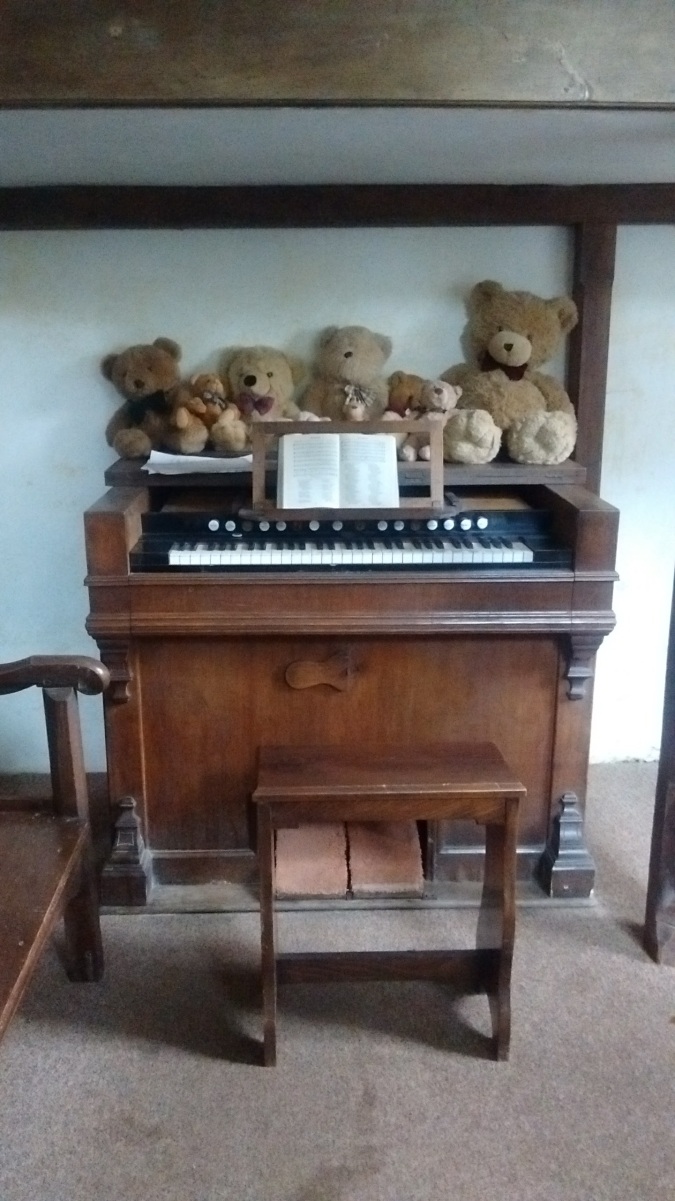 These teddy bears must like organ music very much!

The moment we stepped outside the church, we felt the first drops of rain landing on our heads. It seemed we would not have time to visit the other Victorian chapel we passed at the start of our walk, or the nearby 19th-century monastery and uncompleted chapel (founded in 1860 by a reverend called Joseph Lyne, who attempted unsuccessfully to reintroduce the monastic tradition into the Anglican church). Feeling tired but elated, it was time to get back in the car, reflect on our walk, and head back to London.

Capel-y-ffin is (in)famous for being home to sculptor Eric Gill and his family during the 1920s (they had spent a few years living on the site of Joseph Lyne’s former monastery). In fact, after arriving home we discovered that, in St Mary’s churchyard, there were a couple of headstones engraved by Gill. It was a pity we did not know this when we were there – it would certainly have been interesting to see what those headstones look like.

Gill wasn’t the only artist drawn to Capel-y-ffin, it seemed; David Jones was another who produced a prolific amount of art whilst staying in the hamlet. 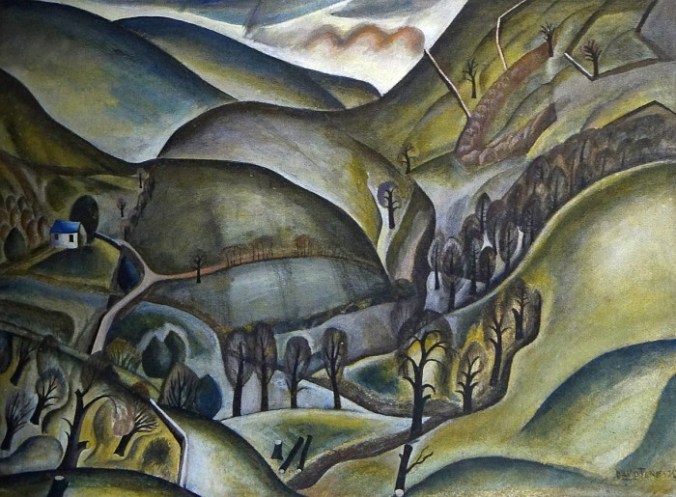 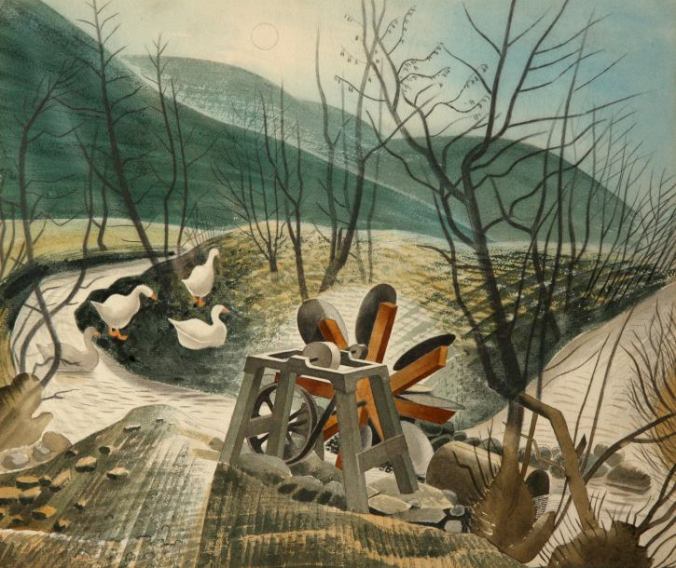 p.s. we found out later that David Jones was actually born in Brockley, where we now live. His circular grave stone could be found in the Brockley and Ladywell Cemeteries.

A GPX file of the walk can be downloaded from https://www.strava.com/activities/1010599678

2 thoughts on “Capel-y-ffin: a hidden halmet in the Welsh Black Mountains”